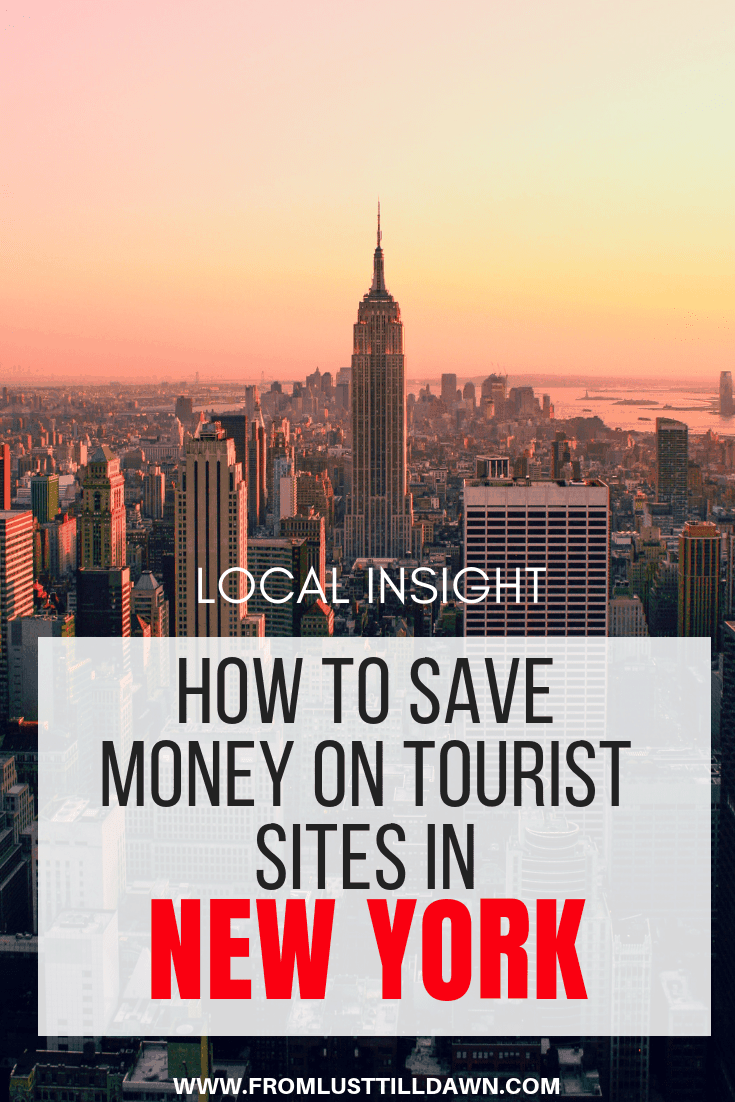 Anytime my friends visited me for the first time in New York and were totally high-spirited about seeing as many tourist sites as possible, I always recommended grabbing a New York City Pass, especially if you want to save money in New York.

Depending on how long you have in New York or what your budget is, you have the many awesome options of the New York City Pass, New York Pass, or New York City Explorer Pass.

They, of course, sound all quite similar, and they do offer the same major attractions. However, their prices and additional offerings vary slightly.

Depending on how much time you have in New York or how much money you want to spend, you might not need all the extra perks that comes with some of the passes.

Keep reading to find out the differences the New York passes, and of course, which one you should get.

Here’s a quick comparison of each pass, which includes their prices, how many attractions it gets you into, how long they last, and how much it saves you. I’ll get more into detail about exactly which attractions they get you into after this!

Gets you into: 6 top attractions

Gets you into: 100+ attractions including cruises, tours, and more

Lasts for: 1-10 days depending on the number of days

Saves you: At least $50 a day but the more attractions you go to, the more you’ll save

Saves you: over $70 depending on which attractions you choose for the five-attraction option

The New York Pass gives you access to over 100+ attractions, which include all 9 that the New York City Pass gives you. This might sound awesome with all the choices you get, but consider how many attractions you can physically handle going into one day and the travel time it takes between each attraction you want to visit.

If you’re only in New York for three days and want to enjoy the city by going out to eat, checking out markets, or going to Central Park or the High Line Park, then I’d opt for the New York City Pass because it is cheaper than a three-day New York Pass ($126 vs. $273). Also, if you have a teenager, he/she can still count as a Youth and buy the Youth pass, which is $104 vs. $273 as an adult-priced New York Pass.

Getting the New York City Pass gives you the option to fit in two to three attractions a day on a three-day weekend, which is a comfortable pace to explore in New York considering the travel time in between attractions.

Get the New York Pass here.

The New York Explorer only gives you access to five attractions but lets you choose from a list of 75 places, which include the nine above.

Between these two passes, I would choose the New York City Pass. Here’s why:

Conclusion on Which New York Pass Should You Get

Out of all three passes, I would personally get the New York City Pass because you’ll still be able to visit six top attractions in while having time to experience what makes New York, New York. Some of these things include:

There are even free walking tours that you don’t need to pay for (except for tip), which makes it unnecessary to have access to 100+ attractions. Really, the six out of nine choices is all you need unless you absolutely love to cram in attractions and tours from day to night and would rather use the pass than research on your own, but still, you will be plenty entertained regardless.

My most important tip for you is to plan your attractions in one area at a time. New York is HUGE. To get from downtown to uptown would sometimes take me 45 minutes depending on where I was going and if I had to transfer subway lines. That’s also a good time with me knowing the subway lines and how to expertly navigate them.

Do not expect to easily go from the 9/11 memorial (Downtown) to the Guggenheim Museum (Upper East Side) back down to Ellis Island (Downtown). Plan wisely, and group things in one area to minimize travel time.

Not buying a youth pass for your child under six may save you money (see section below), but it can add time to your day if you have to stand in line to get your child a discounted or free pass since you may be able to skip the line with your own New York pass. It may be worth buying a youth pass just so you and your whole family can skip the line.

Some of these attractions may not allow you to bring in a bulky backpack, which may cause you to stand in line for a long coat check. To save time and hassle of carrying bulk on your back, pack as minimally as possible.

For other good local tips to follow while traveling in New York, head to this post about 10 things not to do in New York City. I consider this a must-read before visiting New York for the first time!

Some attractions have free or discounted prices if your child is under the age of six. As a result, you may not need to get a city pass depending on which sites you’re going to see.

However, some attractions may make you stand in the main line to get a free or discounted ticket, which defeats the perk of having a pass and being able to skip the line at some places. If you have the money, it may be worth still getting a youth pass purely so everyone can be in the same line.

Here are a few attractions that have a free or discounted admission for children under six:

New York is the best place to eat, and you don’t even need that much money to eat well. Check out this post on 15 cheap places to eat in New York City or even delicious cheap eats under $5.

If you don’t have wi-fi or data, make sure to download an offline version of Google Maps, and star the locations that you want to go to beforehand. That way you have a handy map on hand so you don’t get lost.

You can also use Google Maps to help you navigate the subway system along with some other useful apps.

Last but not least, do not forget to read this helpful post on 10 things not to do in New York City. It’ll make your trip much more seamless.

What I Carry Around New York City Every Day

I like to be prepared at all times for the most common city situations, which is why whenever I left the house, I’ve always had these items on me:

Also, because you’re mostly on foot in New York, I always wore comfortable sneakers. Do not try to wear your brand new boots or sneakers to be stylish without wearing them in. The average New Yorker walks 5+ miles a day!

I hope this post helps you decide which city pass is best suited for your needs.

I’d love to know if you made it this far down into the post. It’d actually make me quite happy if you reached out on Instagram and said hello!

Thank you. I will purchase the city pass through this site?