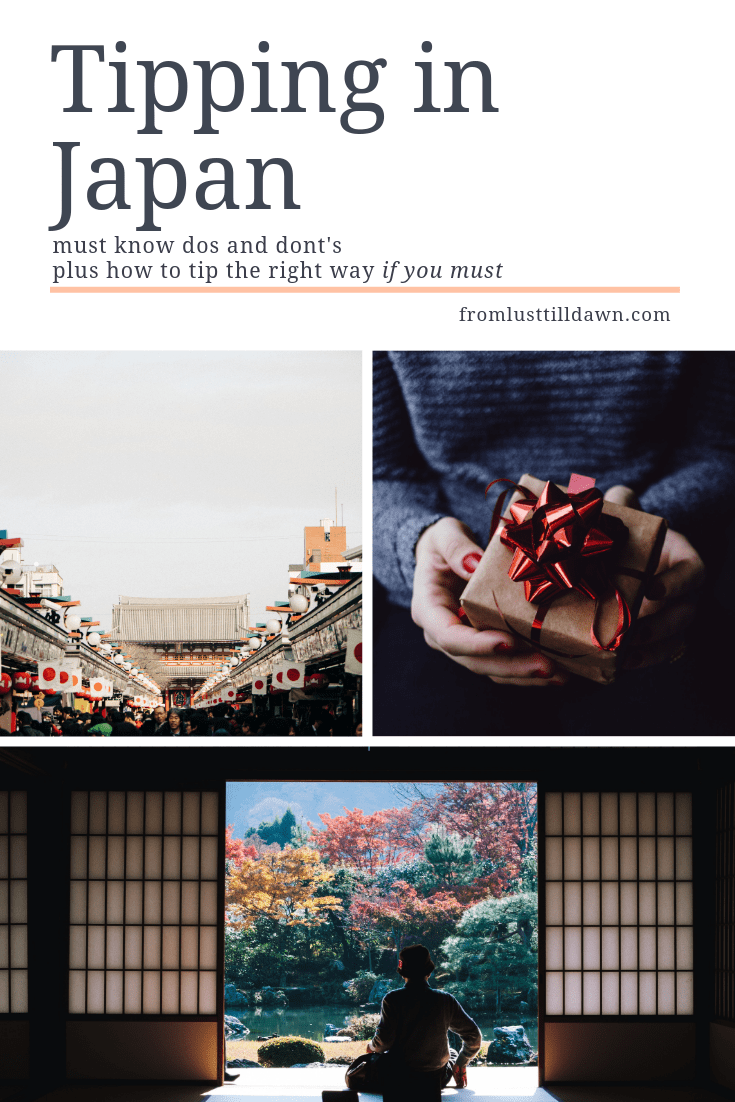 In most countries around the world, tipping is a common for most people to give some gratitude to workers, but tipping in Japan is a huge no-no.

Depending on where you are in Japan though, some services have staff that are accustomed to receiving tips and be grateful for your act of gratitude. But for the most part, play it safe – don’t give tips.

If you really feel inclined to give a tip, keep reading to find out how to tip in Japan the right way.

Why Tipping in Japan is a No-No

If you’re traveling to Japan for the first time, you might not be aware that tipping generally isn’t a part of the Asian culture. That’s why many Western tourists tend to seem somehow to offend Japanese workers.

In many Japanese restaurants, customers are required to pay for their meals at a front register instead of just leaving it in a table for the waitress or waiter to pick it up. Tipping is also not necessary in most hotels, bars, cabs and bus ride services around Japan.

Most Japanese believe that excellent service is the standard, hence tipping is unnecessary. In Japan leaving a tip isn’t very common – it’s just not a part of their culture. They don’t expect you to give them a tip and for the most part, if you do so, you will probably be turned down.

If you leave it inappropriately, your action might be misinterpreted as basically saying that the business isn’t prospering well to pay the worker enough that’s why you are giving them a little extra.

There might be some instances though that the worker or staff might accept your tip. They do it with a nervous expression on their faces and a smile to avoid any awkward confrontation when it comes to returning what you just gave them.

If you leave a tip for no good reason or no reason at all you may come across as rude to them. But there are exceptions as well such as offering a “gift” to friends for giving you an extraordinary experience for which they paid for during the trip. So if you are doing this, you might as well do it the Japanese way.

How to Tip in Japan the Right Way

While traveling in a Japan for awhile, you might come across someone you feel absolutely deserves an additional gratuity. If you do feel so inclined to give a tip, do it by putting the money inside an attractive, tasteful and aesthetically pleasing decorative envelope and seal it. The tip must be presented to look more like a gift rather than just a casual tip for service or additional money.

When you are going to hand it to the recipient, do it with both hands and include a slight bow as well.

If it is for an individual, do it in a private place and give at the end of your visit. Also, do not expect the person to open it right away in front of you.

Overall, tipping in Japan is not customary. All you really need to do is be polite, which the Japanese will highly appreciate it.

On the other hand though, if you give a tip, do not be offended if it gets rejected!

If it’s your first time in Japan, then you may want to check out our best tips for traveling to Japan for first-timers.

Thanks for making it all the way down to the end of the post. I’d love to connect. Come say hi to me my Instagram @sarchetrit, especially if you found any part of this post to be helpful.